Remember, people: a dog is for life, not just for Christmas. And although (I sincerely hope) it won’t take the whole of your life to write a novel, it will certainly take you a wee bit longer than 30 days. (Dear Calendar Gods: if NaNo gets much bigger, you might consider bumping November up to 31?)

For the uninitiated, I’m talking about National Novel Writing Month (NaNoWriMo, as it’s known by the initiated, or just plain ‘NaNo’ if you’re really well acquainted). It’s been running for 15 years (as I learnt last night at my local chapter’s inaugural meeting: more about NaNo’s history here if you’re interested), in which time it’s snowballed from local and folksy to a global phenomenon with more than 300,000 participants. Those participants sign up to write ‘a novel’ – or at least 50,000 words of one – in the month of November: that’s 1667 words a day: Twitter users who find the #amwriting hashtag slightly sick-making may find they have steam coming out of their ears by 1st December as word counts, and coffee consumption, and sample sentences are relentlessly tweeted. We all have a novel inside us, as the old adage would have it. And November is the month you get to regurgitate it into the cold, cruel world.

As tweeted by Scott Dykes (@Scott_Writing)

First off, some facts from that cold, cruel world: most novels are around 80,000 words, so ‘National Two-Thirds-of-a-Novel Writing Month’ would perhaps be more honest. Any novel genuinely written in a month is unlikely to be one I’d care to read (with the exception of those by my ex, who could churn out an entire series of YA novels while I sat deliberating over the placement of a comma in my opening sentence. Bastard!) As I said in a previous post, there are no short-cuts to writing a novel, although some people seem to make lighter work of it than others (I am of course among ‘The Others’). It isn’t difficult at all to write 50,000 words in 30 days: what’s trickier is writing good ones. Ideally, in the run-up to ‘NaNo’ you will have done 1 to 2 years of #NaNoPrep (as twitter has it). You might think I’m joking, but no. ‘Fraid not. The majority of novels take 3 or 4 years on average from initial concept to completion. I first started ‘composting’ mine (you might prefer brewing, or fermenting) about 2 and a half years ago, when a yellow-haired girl appeared in one of my notebooks, pushing a bicycle. I ‘did’ NaNo in 2012 in an effort to sketch out the world of my book (as I blogged about here), before finding myself on the Arts Council’s Escalator programme in 2013 and receiving a grant for the writing of said novel, now called Madder Hall. In its many, many, many incarnations, the book has had characters called Morag, Arthur, Hestia, Dickon, and even Mr Horn (fnar fnar): all of which are now resting in peace in the graveyard of my imagination. I’ve slashed and burned the majority of my cast. I’ve turned the structure upside down and inside out. I’ve gone backwards in time (from 1989 to 1979), and forwards in time (1910 to 1939). I had lots of dead 12 year old girls: I have none now. The book as it was in 2012 bears so little resemblance to what I have now that I’ve thought about calling it (sorry, poor joke; can’t resist) Renee Zellweger.

By now you may be wondering, in the style of Edwin Starr: ‘NaNo… HUH… yeah… what is it good for?’ The answer is not, I’m happy to say, ‘absolutely nothing’. (But, NB, war is still useless; no change there). NaNo is good (in my humble opinion) for the following things:

Solidarity: It’s a lonely business, writing. And although NaNo can’t, and won’t, detract from the I’m-so-ronery  aloneness of it all (only click that link if you’re A-Ok with the F word, by the way) it does provide you with a virtual world full of shoulders to cry on (outside of the month of November you’ll be hard pressed to find anyone who gives two shits). There’s a Blitz-like ‘all in it together’ sort of spirit. No, we’re not being bombed – but we might be bombing, quite hard. And a kind word from a fellow bomber can lift you from the doldrums long enough to get you writing again.

Permission to write badly: ‘The first draft of anything is shit,’ as Hemingway said. Nonetheless, there’s a common tendency for one’s inner editor to step in from the very get-go. You type your first sentence and out of the ether (with snakes in her hair) she emerges: ‘You think you can write? I’ve seen two year olds with a crayon in each fist compose sentences with more verve’, etc, etc, etc. The great Christopher Isherwood (creator of the Sally Bowles stories that became Cabaret, and writer of one of my favourite autobiographies: Christopher and his Kind) excreted first drafts of such abysmal awfulness (allegedly) that he’d never show them to a living soul.

How DARE you use an adverb in my presence?

When you’ve got to write 1667 words a day, no matter what (and, let’s be honest, some days you’ll be writing 3334 because yesterday, meh, not entirely sure what happened to yesterday) your snake-haired inner editor is required to piss off, please and thank you, and let you get on with the sketching of your novel. Because that’s what it is. An outline. Don’t whatever you do waste perfect prose on your very first draft, because changes will need to be made, and sentences perfect as neatly-crossed pairs of kittens’ paws are so much harder to brutally murder than passages with the prose-style panache of a bag of spanners. Trust me on this. 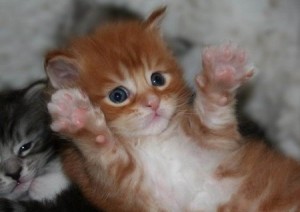 Permission to write at all: This, folks, is probably the single, most valid reason for NaNo’s existence. It’s a truth universally acknowledged that anyone writing a novel, unless paid to do so, is (a) sadly deluded in the manner of 97% of X-factor contestants, (b) a decadent, work shy lay about, (c) not really serious, surely, and (d) ought to bloody well get off that computer now and feed the kids/take the bins out/mow the lawn (delete as appropriate).

In order to write you need time. And in order to carve out that time you will need at least 97% of your nearest and dearest to give you permission to tappity-tap at your keyboard, no matter how futile it seems from their perspective – and probably, often, from yours too. (Underestimate at your peril the power of raised eyebrows to make the amateur writer die a tiny death inside.) I think NaNo is good, huh, yeah, for precisely this reason: the artificially-imposed deadline (common to so many TV shows) that allows you to say ‘I’ve got to write, sorry, so please go away’. Permission to write? Permission to come aboard the Good Ship Writer, and sail far away from the land of raised eyebrows. At least, until December.

10 thoughts on “A Novel isn’t just for November.” 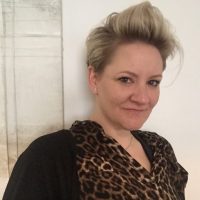 The Writes of Woman

A celebration of female writers and their work

Writer of books some people have read and a TV show nobody's seen.