You know what? I’m bloody marvellous at being myself. I absolutely bloody excel at it.

Not you, though. You’re shit at being me. What are you good at? Why, you’re good at being you.

A concept so simple that even Sarah Palin could find it on a map. But why, if it’s so very simple, does it take so very, very long for each one of us, as human beings, to absorb this most simple of facts into our complicated little noggins?

I’m so old now that, TBH, I am over the whole palaver of wanting to be someone I’m not. I was watching an interview with Evgeny Kissin the other day, as you do (or, rather, as I do; you probably don’t – being yourself, and all, instead of me) and he mentioned a Yiddish proverb that was so good I (yes, folks) tweeted it (when I’m tweeting about scratching my arse you’ll know we’ve hit the nadir of human existence).

What the bally-hooing-hell has this got to do with writing?

Well, you, being (possibly) sane, probably wouldn’t use the word bally-hooing-hell. I’m not sure why I used it either. But, I did. And that’s the crux of it. I use words that you wouldn’t. I order the words in my sentences (I’ll have five ‘and’s and a pair of ‘cock’s please, waiter) in a way that you wouldn’t. I choose subjects you’d turn up your nose at. I notice things you don’t.

And vice versa, of course. Because you’re busy noticing your own things, and ordering your own words, and choosing your own subjects.

And sometimes I’ll like the things you’ve done better than the things I’m doing. But I can’t do them. I can’t be you. I can only be me.

Philip Larkin once said that readers shouldn’t blame the writer for wot he wrote. (I’d like to say for what ‘he or she’ wrote, but the odds are that Larkin probably didn’t say that… although he might have done. If you have the precise quote to hand, do enlighten me – by which I mean, show me up). The reader shouldn’t blame the writer (whether or not the writer was blessed, or perhaps burdened, with a pair of testicles) because the writer could only write what the writer was capable of writing. That’s quite a mouthful. After the writer had finished writing, he went off to the forest to help a poor woodchuck who wasn’t sure how much wood he should, or indeed could, be chucking. 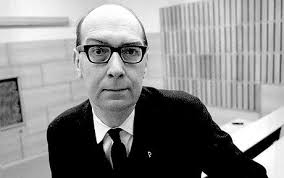 Philip Larkin. Poet. Librarian. Staunchly against effing up your children’s lives. When I was 17 I received a fan letter (on hedgehog paper) from a man who said he’d known Larkin. The letter mentioned the ‘ejaculation of the Oh’ in one of my poems, which slightly startled my parents, who weren’t massively keen on a grown man writing to their teenaged daughter about any sort of ejaculation, thank you very much.

What’s the moral of this blog post? I suppose, if you like your morals contained within nutshells and liberally coated with cheese, it’s probably this:

Go where your heart is.

Google, google… It seems to be both.

I probably will burn in hell anyway, so no need to wish that fate upon me for this particular offence.

Come and dance every night… sing the hula melody…

Ah, those were the days! Here’s the link to the Black Lace I was actually talking about. ‘How to Seduce a Billionaire’ and ‘The Accidental Call Girl’ are two of their titles they’re touting at the moment… How does one become an accidental prossie, I wonder? (And if they’d called her a prossie, instead of the glossier call girl, it wouldn’t have had quite the same… appeal, I suppose. ‘How to Be a Toothless Crack Whore’?)

I pride myself on sort of, on a good day, when the wind’s in a southerly direction and the going is fair to good, being roughly just about OKAY at writing sex scenes. (I can’t say I’m good at it. I’m English.) But they’re not sexy sex scenes. They’re usually (a) horrible (b) wonderful until they go tragically wrong (c) peculiar and twisted. And more importantly they’re not about sex. (Just another, slightly stickier, way of showing how characters relate to each other.) Describing the whole in-out Fifty Shades of the process can be about as erotic as describing two people assembling a jigsaw puzzle. (Unless you are twelve, and male, the mere use of the word ‘willy’ in proximity to the word’ fanny’ is probably not enough to truly yank your chain.) Conversely, two people could work on a jigsaw puzzle without so much as a heaving cleavage or a purple, pulsating member and yet the whole scene could crackle with sex. 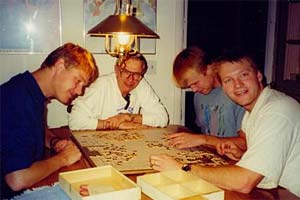 Be honest. You’re a little aroused by this, aren’t you?

I’ve said this before, and the reason I’m saying it again is this: I might think that my writing (on a good day, with a southerly wind, etc) is better (on some level) than the writing between the elegant covers of a Black Lace novel, but that doesn’t mean I can arrogantly think I’ll dash one off (a book, I mean) with the same effort it might take to buy milk, for instance, or hoover the living room, or boil the kettle, and expect the folks at Black Lace to bow down in wonder at the feet of this mystical being who has four hundred ways to describe someone’s eyes but not one of them is ‘vivid and dark with desire, aquamarine and too brilliant to be natural’. They’d – rightly – say, bugger off, you big headed cow and stop wasting our time.

Erm… Things were different in 1952. A Golden Oldie from good old Mills and Boon.

Likewise for Mills and Boon, who have more author guidelines than I have cunning descriptions for eyes. I mistakenly thought that the prose in a Mills and Boon would be simple. Oh, no! Far from. In fact (in the half page I managed to read for my ‘research’ before realising I couldn’t possibly ever write one) there wasn’t a single ‘cat sat on the mat’ piece of straightforward sentence-writing in sight. This was literary spaghetti. By the time I’d arrived at the end of the sentence I’d already forgotten how it started.

So, no. It’s not for me. My heart isn’t in it. My heart is in freakish and slightly disturbing depictions of horrible sex that end terribly for everyone involved. So that’s what I’ll carry on writing.

One thought on “30 Days of Nano: Day Twenty Five”