Courtesy of the fab blog In the Media by the fab blogger Naomi Frisby (who is well worth a follow on twitter as well) I came across this collection of spinster cut-out dolls on Literary Hub. This is Edith ‘Age of Innocence’ Wharton, whose quote is my favourite of all: 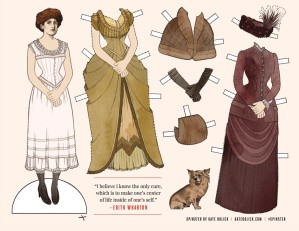 I am myself a spinster, being over forty and having never married. I do have a daughter and I think I’ll be horribly lonely at first when she goes off to university (and yes, you will go, darling daughter, no matter what you occasionally toss into the conversation about taking a different route through life…) but actually, in terms of needing another ‘half’, I think in fact I don’t. Need one. I feel whole.

Hair is seeping from places that used to be smooth, and stray bits of me (teeth, hair) are dropping off, and the other day I happened to turn my arm over to look at a lumpy scar I’ve had for years and my elbows look really old. I have spots and melasma. I snore. I get really worn out. I hate parties. (Don’t all rush at once for my phone number.)

Perhaps I’ll feel differently one day, but now I don’t care. I like work. I like reading and thinking and walking and watching TV by myself. I like going to libraries alone, and the cinema too, and I’ve got friends (and my daughter, occasionally, when I unstick the glue that attaches her lately to her friends) and I’m not really sure what marriage is for, if I’m totally honest. It seems to be totally fine for some people. For people who want it that’s totally fine. I even tried to join in once, a while ago, but it’s not my forte, I don’t think: marriage, relationships. Oh, I like it at first (I suppose everyone does), but then afterwards isn’t it all a bit hard and upsetting and boring? Either you don’t care enough, or you care too much, and the two of you seem to switch places every so often – caring, uncaring – and what about all of that effort we put into reassuring each other: she isn’t more pretty than you, I promise; I wasn’t flirting, etc? Stay single and channel that effort somewhere more interesting instead. 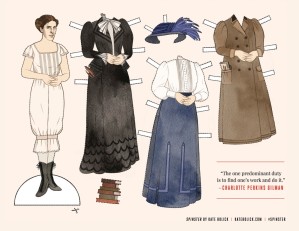 Whether or not I’ll read this book Spinster that everyone’s talking about, I don’t know. I like these cut-out dollies, though. I don’t even mind the word ‘spinster’ although everyone says it isn’t fair because ‘bachelor’ is much cooler. To which I say: really? 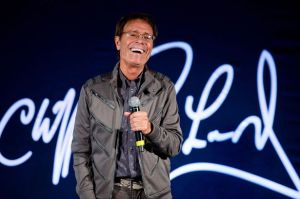 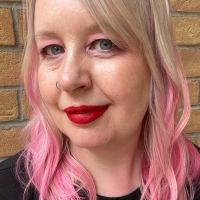